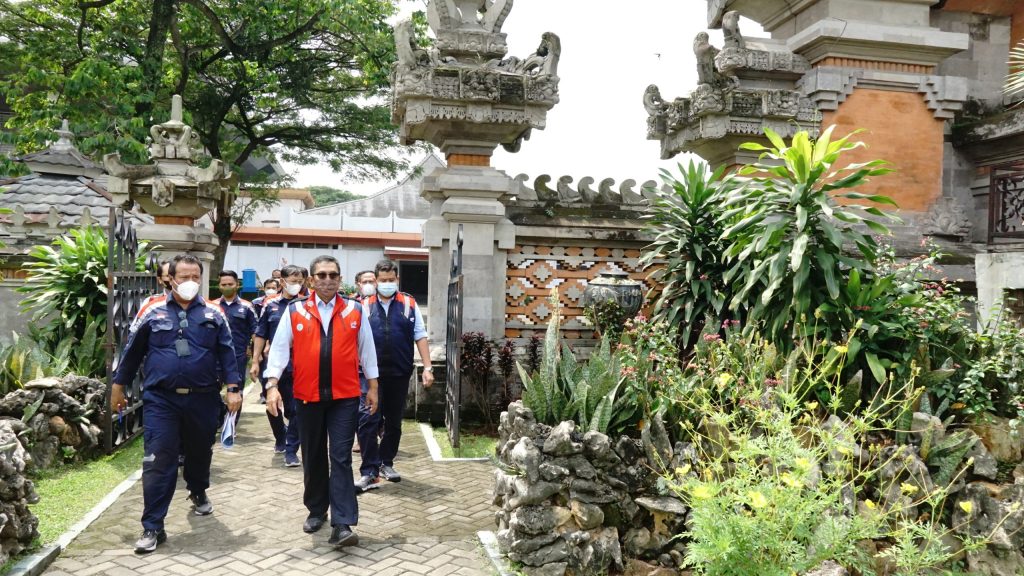 The G20 Indonesia Summit will take part at the end of October 2022 in Bali. PT Waskita Karya (Persero) Tbk also took part in the implementation of the Summit. Through the Ministry of Public Works and Public Housing (PUPR), the government entrusts the Company to revitalize buildings and organize roads in the Jakarta and Bali areas.

According to the President Director of the Company, Destiawan Soewardjono, for the Area of Jakarta, Waskita is trusted to revitalize and restore the Taman Mini Indonesia Indah area. Meanwhile, for the Bali area, the Company is trusted to work on the Sligita - Kempinski Interchange Road Improvement project, and the Mangrove Showcase.

"Alhamdulillah, at the beginning of this year, the Company received an extraordinary task to support the success of the G20 Indonesia Summit in October. We were appointed to revitalize and restore the Taman Mini Indonesia Indah area, including the Management Building, the Indonesian Museum, north parking, and south parking," said Destiawan.

"Meanwhile in Bali, the Company was asked to arrange pedestrians, channels, green zone, dan ducting utility. In addition, the preservation of Sawangan 1 Bridge, Sawangan 2 Bridge, Sawangan 3 Bridge. Then road widening at Peminge Intersection, AC-WC overlay, construction of Limousine parking with an area of ​​1.7 Ha, and street furniture. We are confident that the Company can complete the work well, well and on time,” he continued.

Destiawan also said that the Company strongly supports the event of the G20 Indonesia Summit. For this reason, the Company will do its best to arrange the Taman Mini Indonesia Indah and the road at Simpang Siligita to the Apurva Kempinski Hotel and the mangrove area. "The appointment of Waskita to beautify Indonesia through TMII and Bali for the G20 Summit is a matter of pride for The Personel of Waskita and Me," said Destiawan.