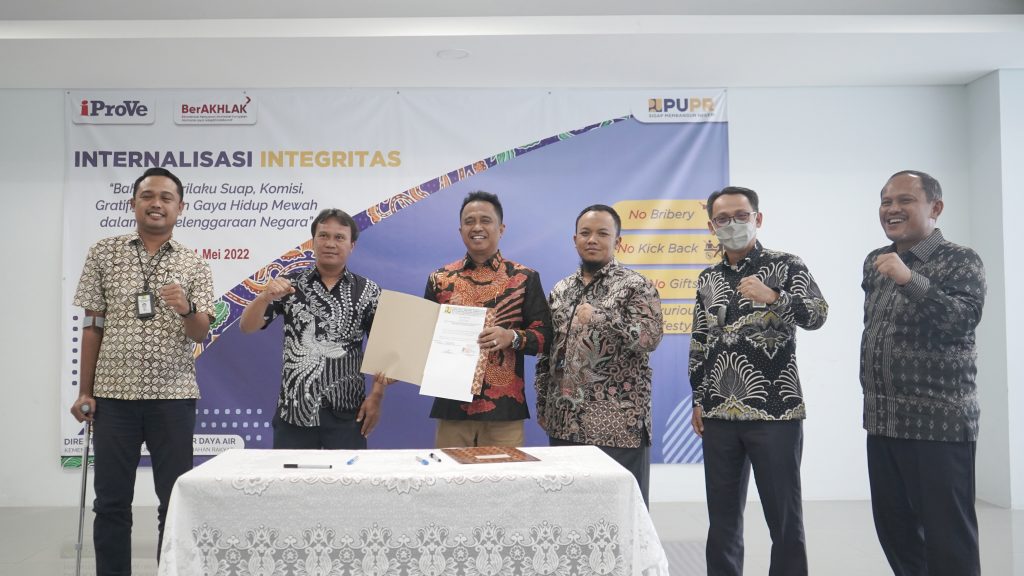 PT Waskita Karya (Persero) Tbk. Re-added the value of the new contract (NKB). This time, The new project consists of two work packages in the form of Rehabilitation, Improvement, and Modernization of Irrigation Networks in the Citarum River area, West Java, a value of IDR 517 billion. A few days earlier, the Company also won the tender for the Remedial and Sedimentation Dam Project on Sumbawa Island.

The Company's Senior Vice President (SVP), Corporate Secretary Novianto Ari Nugroho, said that The optimal and efficient use of water resources is expected to increase agricultural yields and meet the community's needs. "The exact location is in Karawang Regency and Subang Regency, where there are a lot of agricultural lands. In addition to irrigation networks for agriculture, this river is also the main source of primary needs for the surrounding community," said Novianto.

The contract signing was carried out by SVP Infrastructure I Division I Nyoman Agus Pastima, with the Commitment Making Officer (PPK) of the Irrigation Network of the Directorate General of Water Resources, Ministry of Public Works and Public Housing (PUPR), Muhammad Farij Arif Riyanto and Iwan Ruswandi which took place at the Balai Besar Office. Citarum River Basin (BBWS) on Friday, 3 June 2022.

For your information, until April 2022, the Company has recorded an NKB of IDR 7.48 trillion or 24.93 percent of the new contract target in 2022 of IDR 30 trillion. "With the addition of this NKB, the Company is very optimistic that this year's NKB target can be achieved," concluded Novianto.